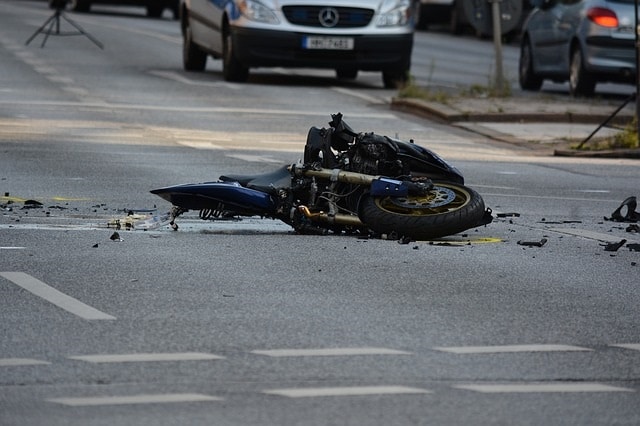 You probably know that motorcyclists are at greater risk than occupants of vehicles like cars, light trucks, and SUVs. The Institute for Insurance Information (III) found that on a per-mile-traveled basis, motorcyclists were 28 times as likely to die on the road as those traveling in passenger vehicles.

One obvious reason for the greater risk of serious injury and death is that motorcyclists are exposed. While the occupant of a car or truck is sheltered by the outer structure of the vehicle, a motorcyclist hit by another vehicle may be struck directly. Similarly, a motorcyclist may easily be thrown from the bike and hit the road, another vehicle, or a stationary object like a concrete barrier.

In 2020, helmet use across the nation stood at about 69%. But, the distribution was not equal. In states with helmet mandates, 84% of motorcyclists were reported to wear a DOT-compliant helmet. Another 10.3% were reported to wear helmets, though they did not meet DOT standards. That’s a total of 94.3% of riders wearing helmets. In states that did not require all motorcyclists to wear helmets, usage of DOT-compliant helmets stood at 54.4%. Another 5.4% we reported to use helmets that did not meet the DOT standards, for a total of 59.8%.

This data strongly suggests that motorcycle helmet laws are effective in one way: they encourage more widespread helmet use.  But, how do these laws and the resulting wider adoption of motorcycle helmets impact the safety of riders?

How Effective are Motorcycle Helmets?

Some bikers who object to motorcycle helmet laws cite these relatively low percentages as a reason helmets should not be required. While it is true that many motorcyclists who are wearing helmets do sustain serious or fatal injuries, the rates are lower. In one recent year, the NHTSA estimated that 740 of the 1,938 unhelmeted motorcyclist and passenger deaths could have been avoided with universal helmet usage.

Motorcycle Helmet Use and Liability

In other words, wearing a motorcycle helmet reduces the likelihood of serious injury or death. And, in the event that a motorcyclist is injured or killed, wearing a motorcycle helmet helps protect the right to recover damages from the responsible party.  If you or a loved one has been injured in a motorcycle accident, it is in your best interest to speak with an experienced motorcycle accident lawyer as soon as possible. Attorney Kevin P. Broderick helps injury victims in Massachusetts and New Hampshire. You can schedule a free consultation right now by calling 978-459-3085 or filling out the contact form on this website.