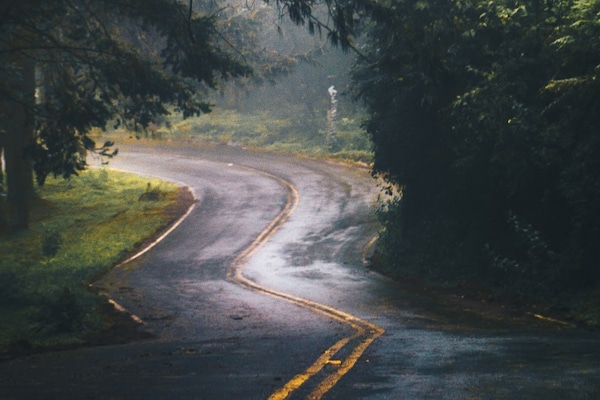 Any experienced driver knows that weather impacts road safety. Rain, snow, ice, wind, and fog all bring special challenges to safe operation of your vehicle. Wet roadways are no exception. In fact, the Federal Highway Administration (FHWA) calculated that across a 10-year period, wet pavement played a role in 860,286 traffic crashes. That’s about 15% of all motor vehicle accidents during that period, and about 70% of weather-related crashes.

The most obvious concern when roadways are wet is the decrease in traction. On wet roads, vehicles are more likely to slide or skid, and braking requires more care and takes longer. Of course, how long it takes to stop your vehicle depends on a variety of factors, including the size and weight of your vehicle, the condition of your brakes and the condition of your tires. However, one study concluded that generally, braking time on wet pavement is about double the time it would take to stop the same vehicle on dry ground.

At 60 mph, that means braking distance on wet pavement is about 360 feet–the length of a football field. And, that doesn’t include response time.

The general rule of thumb on dry roads is to leave at least one car length per 10 mph between you and the car in front of you. Unfortunately, few drivers follow that rule. At 65 mph on the Interstate, that would mean leaving at least 6.5 car lengths between vehicles. On wet roads, that distance should be doubled.

Too often, drivers ignore those rules, following more closely on wet roads than they should even under ideal weather conditions.

Wet Roads are Often Coupled with Other Risks

Sometimes, the road is wet after a rain or snow melt and weather conditions are otherwise fine. But, often, the road is wet due to ongoing precipitation. That means visibility is often reduced at the same time that stopping distance is increased and the ability to quickly maneuver a vehicle safely is diminished.

In rain or snow, average traffic speeds are generally reduced somewhat. That means drivers attempting to maintain their usual speeds interfere with the flow of traffic, creating additional risks.

When one car slides into another on a rainy night, it’s easy to blame the weather. And, of course, factors like increased braking time, lack of traction when turning or swerving, reduced visibility and glare can all play a role in accidents on wet roads. But, ultimately, it is the driver who controls the vehicle. Most wet road accidents could be avoided through simple precautions such as:

In other words, if you have been injured in a wet road accident, it’s likely that negligence played a role in your injury. If another driver rear-ended you on a wet road because they were following too closely, or slid into your car on a curve because they’d failed to reduce speed, or in some other way contributed to the accident, you may be entitled to compensation.

In both Massachusetts and New Hampshire, you may be able to collect partial compensation even if you contributed to the accident yourself.

Every case is different, but common damages in a car accident case include:

To learn more about your rights and whether you may be entitled to compensation to help you recover and rebuild, call 978-459-3085 to schedule a free consultation. Or, if you prefer, fill out the contact form on this site and we’ll reach out to you.

There’s no upside to delay: getting a knowledgeable advocate on your side can help relieve your stress, take tasks off your plate so you can focus on your recovery, and reduce the risk that an insurance company will mislead you into a mistake that could hurt your case.