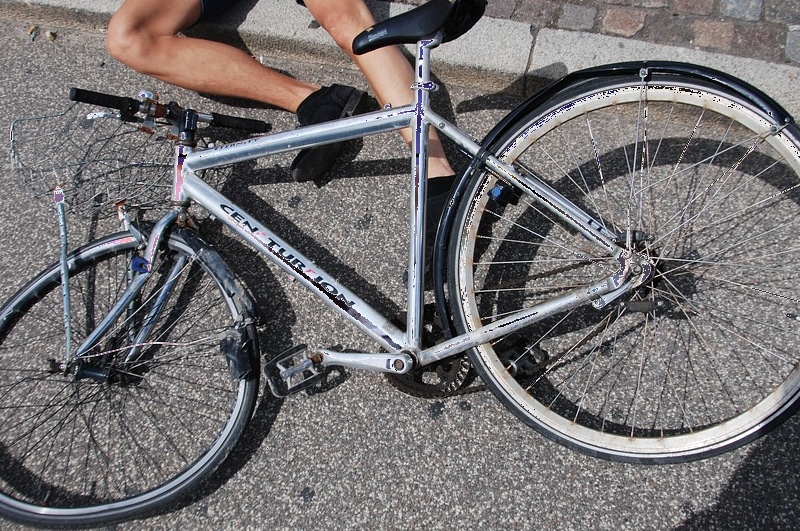 Every year hundreds of bike riders are killed and tens of thousands of others injured in accidents with motor vehicles.  Massachusetts is one of the safer states for bicyclists–there were just 10 bicycle fatalities in the most recently reported year. In fact, People Powered Movement, an organization devoted to pedestrian and bicyclist safety, named Boston the second safest city in America for bicyclists. Still, serious bike accidents can and do happen.

Motor vehicle operators can injure and kill bicyclists in many ways. One of the most common causes of bike accidents is distracted driving. When a driver looks away from the road to read a text, dig in her purse for cigarettes, or change the music, it may feel like only a second. But, a distraction like reading a text message typically takes your attention off the road for about five seconds, and a car or truck covers a lot of ground in that time.

Other violations of traffic law such as failure to observe stop signs, failure to signal when turning, and failure to yield to a bicyclist in a bike lane or intersection also increase the risk to bicyclists. When a bicyclist is injured or killed because a driver was negligent, the injured bike rider or surviving family members may be entitled to compensation.

Most people killed in bike accidents are adult males: in 2017, 86% of bicyclist fatalities were aged 20 and older. That’s not surprising, since adult riders are more likely to be riding in unfamiliar areas, in heavy traffic, and in other higher-risk situations.

22% of fatally injured bike riders were legally intoxicated at the time of the crash—that is, had a blood alcohol concentration (BAC) of .08% or greater. In 2017, 157 intoxicated bicyclists were killed.

While a bicyclist who was intoxicated at the time of the accident was likely at least partially responsible for his own injuries, it’s important to note that contributory negligence does not preclude recovering damages in Massachusetts. If the bike rider was not more than 50% responsible, he may still be entitled to compensation.

When and Where Do Bike Accident Fatalities Happen?

In recent years, the percentage of bike accident deaths that occur in urban areas has steadily increased, reaching 75% in 2017. This shift is likely attributable in large part to the increasing popularity of biking as a means of transportation in U.S. cities, and the fact that urban infrastructure in most areas hasn’t caught up with the frequency of bike travel.

While the largest number of bike accident deaths happen between 6 p.m. and 9 p.m., about half occur during daylight hours. Nationally, the numbers skew slightly toward summer months, but the difference is greater in four-season areas like Massachusetts, where winter weather makes cycling undesirable (or even impossible).

Bicyclists and motorists share responsibility for cyclist safety, and bike riders can take measures to protect themselves. Some examples include wearing helmets, avoiding distractions, not wearing headphones or ear plugs while riding, obeying traffic laws, using bike lanes where available, and refraining from biking while intoxicated. But, even the most cautious bicyclist is at risk from larger, heavier, faster motor vehicles.

If you have been hit by a car or truck while riding a bike, or have lost a loved one in a bike accident, take advantage of a free consultation to learn more about your rights and whether you may be entitled to compensation. Just call 978-459-3085 or fill out the quick contact form in the right sidebar.

Attorney Kevin J. Broderick has devoted his career to helping people who have been injured through someone else’s fault. He understands how difficult and stressful the aftermath of a serious injury can be, and wants to make it as easy as possible for you to get the help you need.

You can schedule a free consultation right now to:

The sooner you schedule your free consultation with an experienced bike accident lawyer you will be to protect yourself and your claim and pursue the compensation you deserve. You can start right now by calling  978-459-3085 or fill out the contact form on this site to get a free consultation. Even if you aren’t sure if you have a case, it is always better to call and ask.