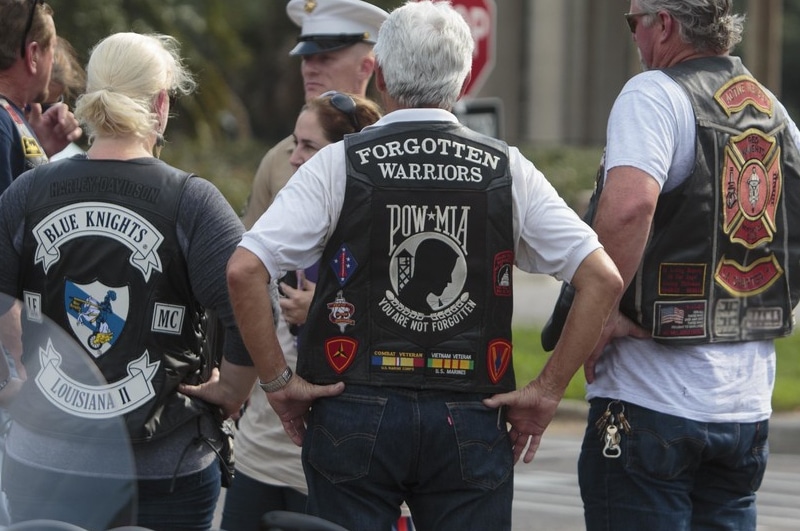 On July 6, bikers from around the country took part in a 90-mile tribute ride and memorial service for the seven members of the Massachusetts JarHeads Motorcycle Club who were killed in traffic on June 21. According to Marine Corps Times, more than 3,000 motorcyclists gathered in New Hampshire, coming from as far away as California and Florida.

The outpouring of support, both at the event and through online donations, is heartening. But, the accident itself turns a bright light on the many risks faced by motorcyclists and the importance of everyone in the equation–bikers, other motor vehicles, employers, and governmental entities—doing their part.

About 6:30 p.m. on Friday, June 21, a pick-up truck pulling a trailer apparently crossed the center line on Route 2, plowing into a several motorcyclists. Seven were killed in the collision. The driver of the truck, Volodymyr Zhukovskyy, wasn’t immediately charged. After additional information emerged, the driver was charged with seven counts of negligent homicide.

However, it appears that the truck driver isn’t the only one who’s negligence may have contributed to the accident.

Factors Leading Up to the Fatal Crash

Local news outlets are reporting that Zhukovskyy was first arrested for a driving-related incident in 2013, at the age of 17. Though charges were dropped after Zhukovskyy agreed to a 7-month license suspension, the original allegations including hitting two vehicles, having an open liquor container in his vehicle, and failing sobriety tests.

After receiving his commercial driver’s license in 2018, Zhukovskyy was allegedly cited or arrested in connection with multiple other incidents across three states, including a drug arrest. And, less than three weeks before the fatal motorcycle crash, a tractor-trailer Zhukovskyy was hauling flipped over on a Connecticut roadway. He was not cited.

This history has raised questions about why Zhukovskyy continued to hold a commercial driver’s license and why a company would continue to employ him as a driver. The answers to both questions are discouraging.

Zhukovskyy’s Commercial Driver’s License Should Have Been Suspended

An operating under the influence arrest in Connecticut in May should have triggered a review that would have resulted in suspension of Zhukovskyy’s commercial driver’s license. The head of the Massachusetts Registrar of Motor Vehicles resigned, though there appears to be conflict between Massachusetts and Connecticut as to whether the appropriate information was provided to the RMV.

Whether Connecticut failed to provide the information necessary to trigger the automatic review or Massachusetts dropped the ball, it seems clear that Zhukovskyy should not have had a commercial driver’s license at the time of the crash, and that a flaw in governmental process or implementation allowed him to be on the road that evening.

Zhukovskyy’s employer could have served as a check, as well. But, according to the Associated Press, the company itself has been cited at least seven times for unsafe driving.

The bottom line is that the deaths of these seven motorcyclists and injuries to three others could have been avoided at many stages—if the driver had been more careful, if the government review process had worked as intended, if the employer had stricter screening practices, just to name a few of the most obvious.

As a motorcyclist, motorist, employer, governmental entity or anyone else in the chain of events that led to this horrific accident and could lead to others like it, exercising care could save a life. And, failing to exercise that care could lead to significant liability.

If you or a loved one is in need of a motorcycle accident lawyer in Massachusetts or New Hampshire, just call The Broderick Law Firm, LLC at 978-459-3085 or fill out this contact form to schedule a free consultation.