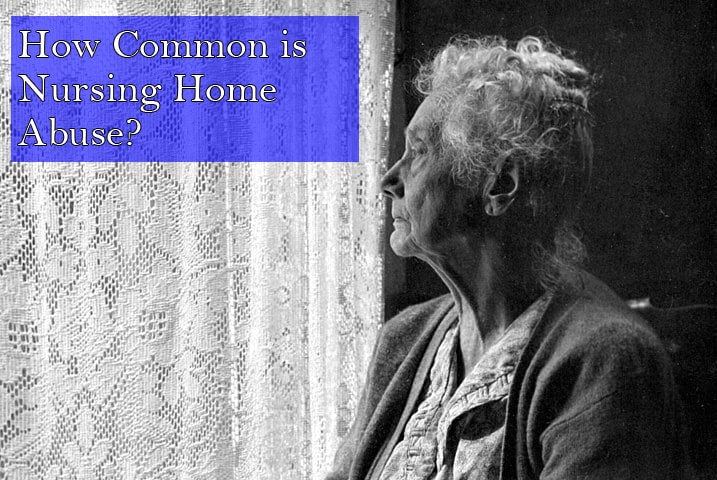 Elder abuse is on the rise, in Massachusetts and around the country. It’s difficult to sort out exactly how much of that trend is attributable to nursing home abuse, since elder abuse happens in a variety of settings—including at home, at the hands of family members. However, the available information about nursing home abuse and neglect is alarming. Not only is maltreatment of nursing home residents far too common, but the types of abuse the elderly and vulnerable residents of long-term care facilities suffer are shocking.

Nursing home neglect can also result in serious injury through incidents such as resident-on-resident violence and falls caused by negligent supervision or unsafe facility conditions.

How Widespread is Nursing Home Abuse

Most people who choose nursing home care for their loved ones do so to ensure that the elderly or disabled relative receives a level of care that would be difficult to provide at home. So, we’d all like to believe that high-profile cases of abuse and neglect like those revealed through the state investigation  are isolated incidents, horrible but rare.

Unfortunately, the data that is available doesn’t bear that out—and that includes information provided by nursing home staff.

The National Center on Elder Abuse (NCEA) aggregated data to report that:

Data shared by the NCEA also showed that more than 40% of nursing home residents interviewed in one study said they had themselves been abused, and 95% said they had been neglected or personally observed another resident being neglect ted.

Carefully assessing nursing home options in advance is an important step toward protecting your loved ones who require long-term care. Your research should include both ratings, reports and other publicly available information and a personal assessment of the facility.

When you visit a nursing home, speak with as many staff members as possible, but don’t rely entirely on staff representations. Pay attention to warning signs like:

However, selecting the facility is only the beginning. It’s important to remain alert for signs of abuse or neglect, such as:

While many family members are hesitant to make waves by asking tough questions about changes in a resident’s behavior, unexplained marks, and other possible problems, turning a blind eye can be dangerous. If you suspect that your loved one has fallen victim to nursing home abuse or is suffering from neglect, you owe it to your vulnerable family member to take action.

If you or a loved one has been injured, neglected or abused in a nursing home or rehab center, just call The Broderick Law Firm, LLC at 978-459-3085 or fill out this contact form to schedule a free consultation.