How Unhealthy Truck Drivers Can Cause Accidents 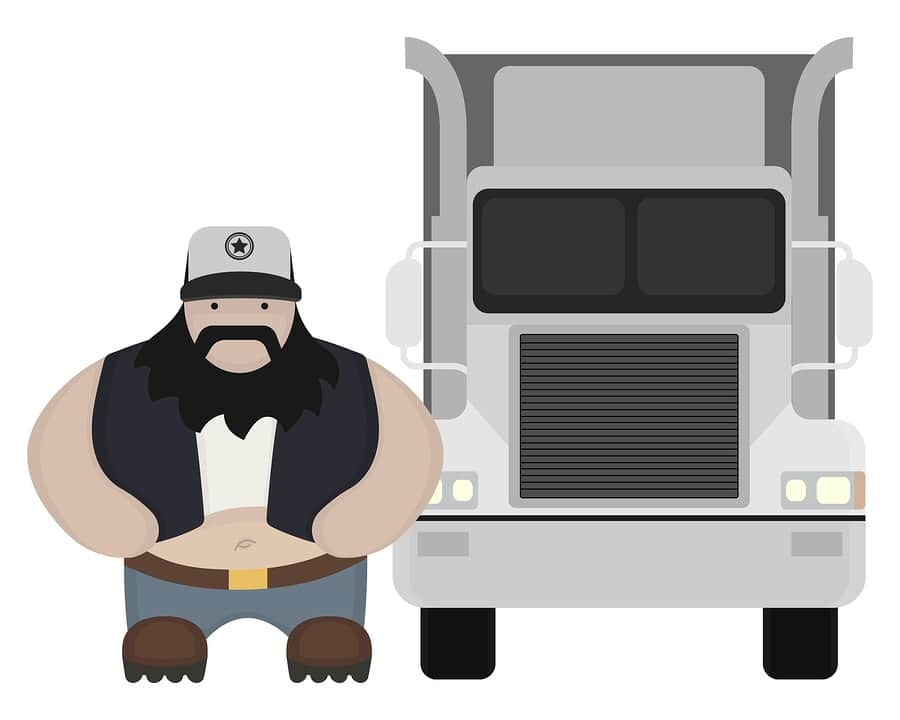 Attendees and participants in the Squantum Independence Day Parade in Quincy got some unexpected excitement this year.  When a float carrying children appeared to drift, adults nearby noticed that the cab of the flatbed truck appeared to be empty. The driver, it turned out, had suffered a heart attack behind the wheel.

In this case, everyone involved got lucky. The truck was traveling at a low rate of speed,  giving bystanders time to react. Just as important, the group marching immediately in front of the truck happened to be the Greater Boston Firefighters Pipes and Drums band. The firefighters quickly gained control of the vehicle. They were also able to save the driver, who had no pulse when they reached him.

But, not every driver who suffers a medical crisis has a team of trained professionals standing by. And, most are traveling at much higher speeds, and in traffic.

How Common are Health-Related Traffic Crashes?

It may seem that health-crisis-related traffic accidents would be relatively rare. They are when taken as a percentage of all motor vehicle crashes. But, the numbers may be greater than you think. Several years ago, the NHTSA determined that driver medical crises played a role in about 1.3% of crashes involving passenger vehicles. With well over six million traffic accidents in the U.S. each year, that means a driver experiencing a medical emergency may play a role in about 87,000 traffic crashes annually.

Many different medical conditions can impact safety on the road. Some of the most common medical events contributing to traffic crashes include heart attacks, strokes, and seizures.

Most traffic crash risks are elevated when a large truck is involved. These long, heavy vehicles can’t swerve or change lanes as readily. They take up a lot more space, making it more difficult for other vehicles to take evasive action. Their weight contributes to momentum, meaning it’s harder and takes longer to stop them. And, they’re more likely to cause serious injury and death in a collision.

Because of these added risks, along with the fact that commercial truckers often drive interstate and the number of hours they spend on the road, the federal Department of Transportation regulates commercial truckers. One requirement is regular health certifications. While the attention to trucker health provides some safeguards, it also reveals some disturbing trends.

A study published in the American Journal of Industrial Medicine revealed that long-haul truck drivers–that is, drivers who travel the country, putting in long hours on the road and often driving through unfamiliar territory–are much more likely than workers across other industries to have risk factors. In part, that’s because the trucking lifestyle is hard on your body. Sitting for hours at a time is unhealthy, for example.

In addition, long-haul truck drivers are significantly more likely to smoke than the average U.S. worker. Of the truckers surveyed, 61% reported having at least two of the following risk factors:

All of these factors contribute to the risk of medical incidents like heart attack and stroke.

Is a Driver Who Has a Medical Crisis Liable for the Accident?

Generally, a driver or other party is responsible for harm caused through their negligence. Usually, a motor vehicle accident is triggered at least in part by negligence. But, can a person who suffered a heart attack behind the wheel and couldn’t steer the car to safety because they were unconscious be deemed negligent?

The answer is that it depends on the circumstances. Massachusetts recognizes the sudden emergency doctrine, which relieves a person of responsibility if the accident was caused by an unforeseen event and they were otherwise acting in a non-negligent manner. But, this doctrine doesn’t let every driver who suffers a medical emergency behind the wheel off the hook.

For example, in Massachusetts people who have suffered seizures are generally prohibited from driving for a period of six months. Someone who has suffered seizures in the past and has been instructed not to drive could be found liable for an accident caused by a seizure. That’s because the event wasn’t unforeseeable, and it was negligent for the driver to get behind the wheel.

In short, liability for accidents caused by medical events must be assessed on a case-by-case basis. If you’ve been injured in an accident with a truck driver or other driver who suffered a medical emergency on the road, it’s in your best interest to consult an experienced car accident attorney. Attorney Kevin P. Broderick represents victims of motor vehicle accidents and other injuries in both Massachusetts and New Hampshire. If you’ve been injured or have lost a loved one and would like to learn more about your rights, just call 978-459-3085 or fill out our contact form to schedule a free consultation.